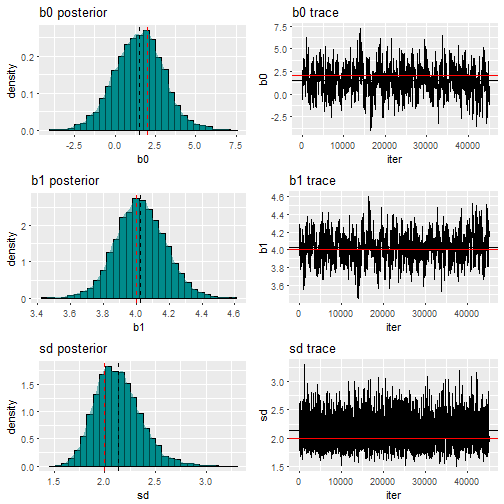 to be symmetric, meaning it satisfies the condition

. The algorithm is as follows:

. First we’ll simulate the data to me estimated. 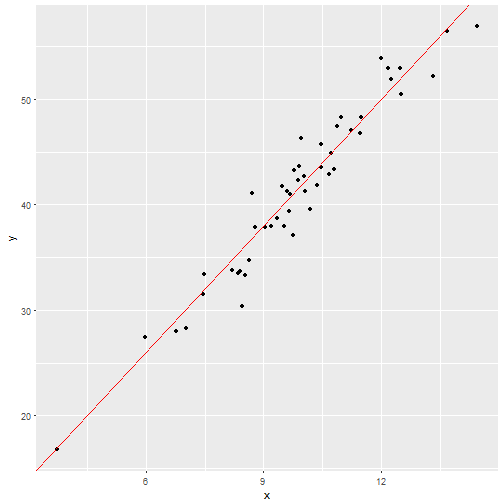 Now we run the metropolis algorithm using the steps as follows. 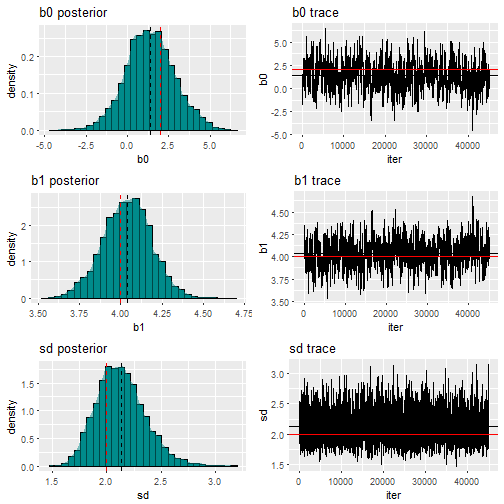 In this example the parameter estimates are not too bad, a little off given the small number of data points but this at least demonstrates the implementation of the Metropolis algorithm.

The generalisation of the Metropolis algorithm is the Metropolis-Hastings algorithm. This relaxes the constraint of the jumping distribution to be symmetric. Step 2.b now becomes, 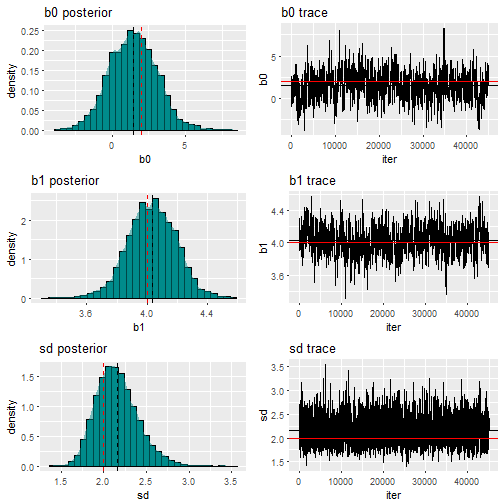 This is a good demonstration how the algorithm works however, it could use some fine tuning e.g. chosing better proposal distributions. The trace for the intercept and slope exhibit some autocorrelation which could be improved by thinning the sequence. The best thing about R is that there are great packages to help us. 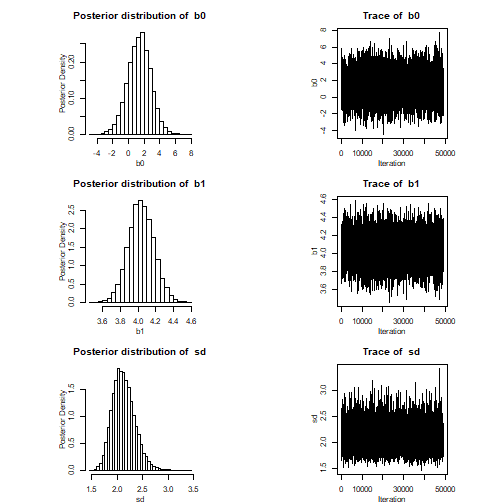 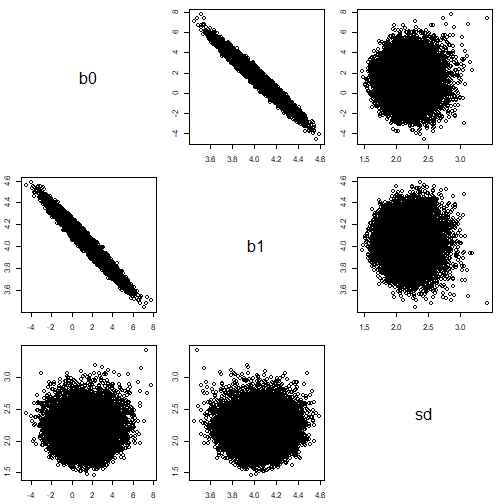 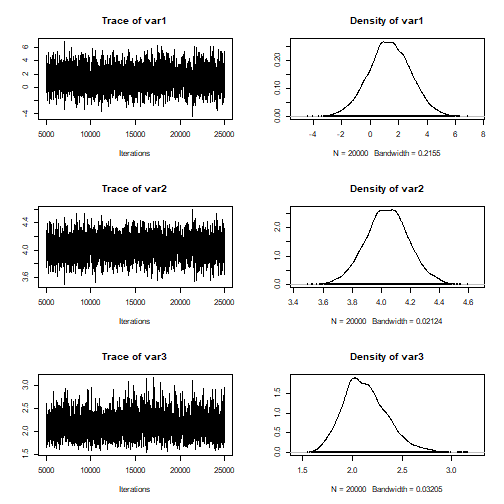 As you can see the acceptance rate is 0.45 for both methods were as the the algorithm we implemented was approximately 0.25. This is likely due to the chosen proposal distribution. These acceptance rates are pretty good. Essentially we don’t want an acceptance rate too high since this will mean our jumping distribution is too narrow and the new proposal is more likely to be accepted which can be sub-optimal simulation of the posterior. Likewise, if it’s too low, our jumping distribution is too wide and the algorithm will essentially get stuck in one place for a long time and not explore the parameter space adequately. Fortunately MHadpative and MCMCpack functions take care of that for you and you can see the difference in this output.

I encourage you to play around with different parameter sets and proposal distributions to see the differences in the posterior sequences.